Strong narratives must be at the heart of communicating decarbonisation 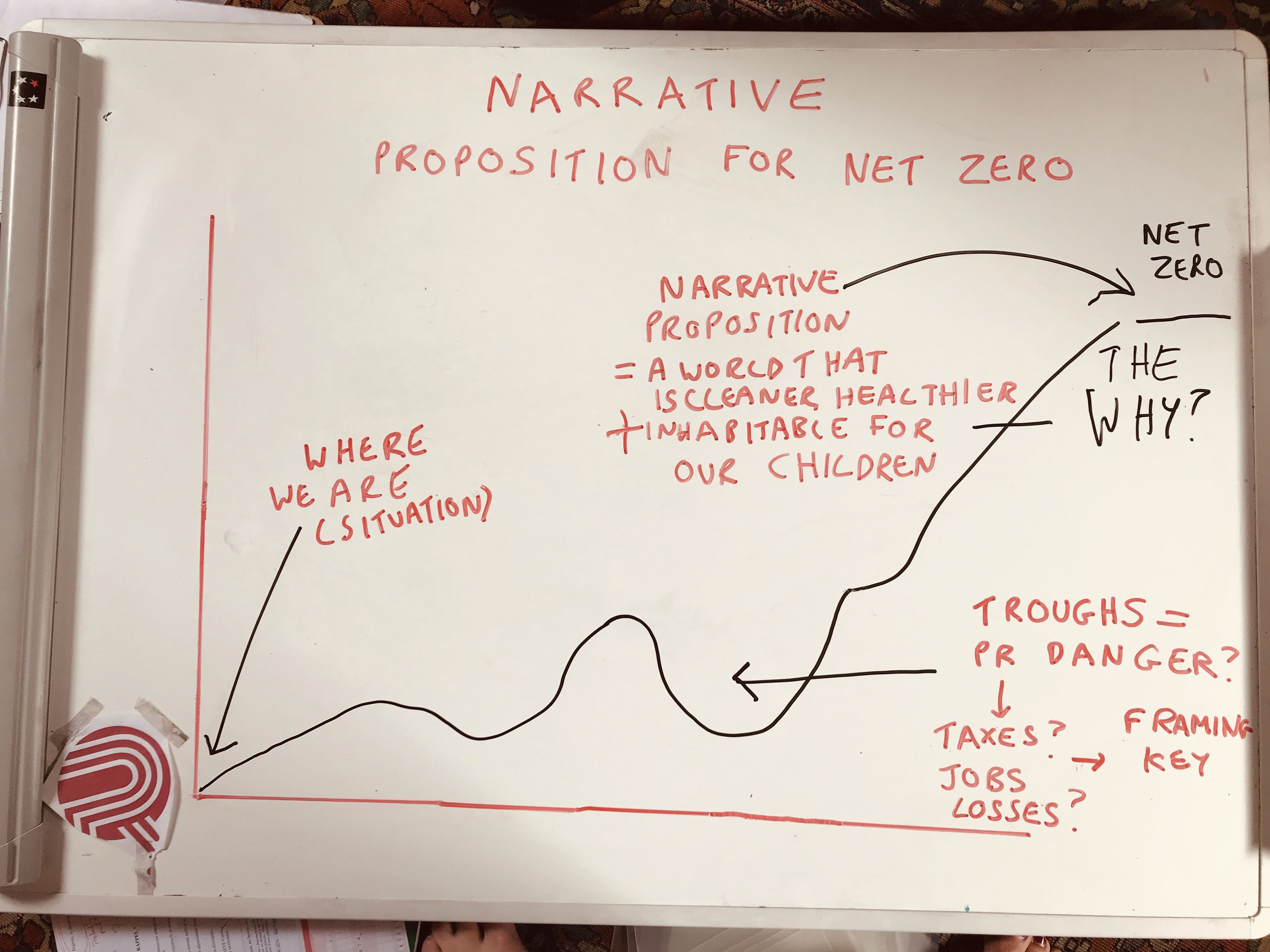 Last week, a  few tweets (some of them angry)  got me thinking about how important it is to get the messaging and frames right for decarbonising the econmy. This is so that climate sceptics and populists don’t use financial costs, particularly for poorer communities, as a way to dominate the conversation and undermine public support. This will be doubly hard, not least because the default position of some journalists (in this case,  BBC Business Editor Simon Jack)  seems to be to headline the upfront costs, even though the reality is far more nuanced. I don’t claim to answer the question but my best guess is that a good message has to contain something along the lines of:

‘There WILL be costs but they are investments that are more than worth making, not least because they will amount to significantly less than the cost of catastrophic climate change. Furthermore, as the economy changes and becomes more circular these investments will open up new and different jobs, markets and opportunities, as well as leaving the planet in a state our children can inherit and be proud of’. This is a bit clunky but, it crucially emphasises the end goal, or what I call the ‘narrative proposition’ of the Net Zero story, rather than the trough i.e. the struggle/costs dip  where most of the communications vulnerabilities lie.

Narrative propositions are essential for ‘troughing out’  the  dips in a transitional/transformational story as they give campaigners and communicators something concrete and purposeful to focus on and protect even when the tough parts arrive and criticism increases.

The right kind of language is also key, in that it’s important to use words that emphasise investment and opportunity rather than cost and loss.  As cognitive linguists George Lakoff and Mark Johnson once wrote: ‘the people who get to mpose their metaphors on the culture get to define what we consider to be true’.

If you are a climate campaigner, your thoughts would be appreciated. What do you find works when communicating about decarbonisation?