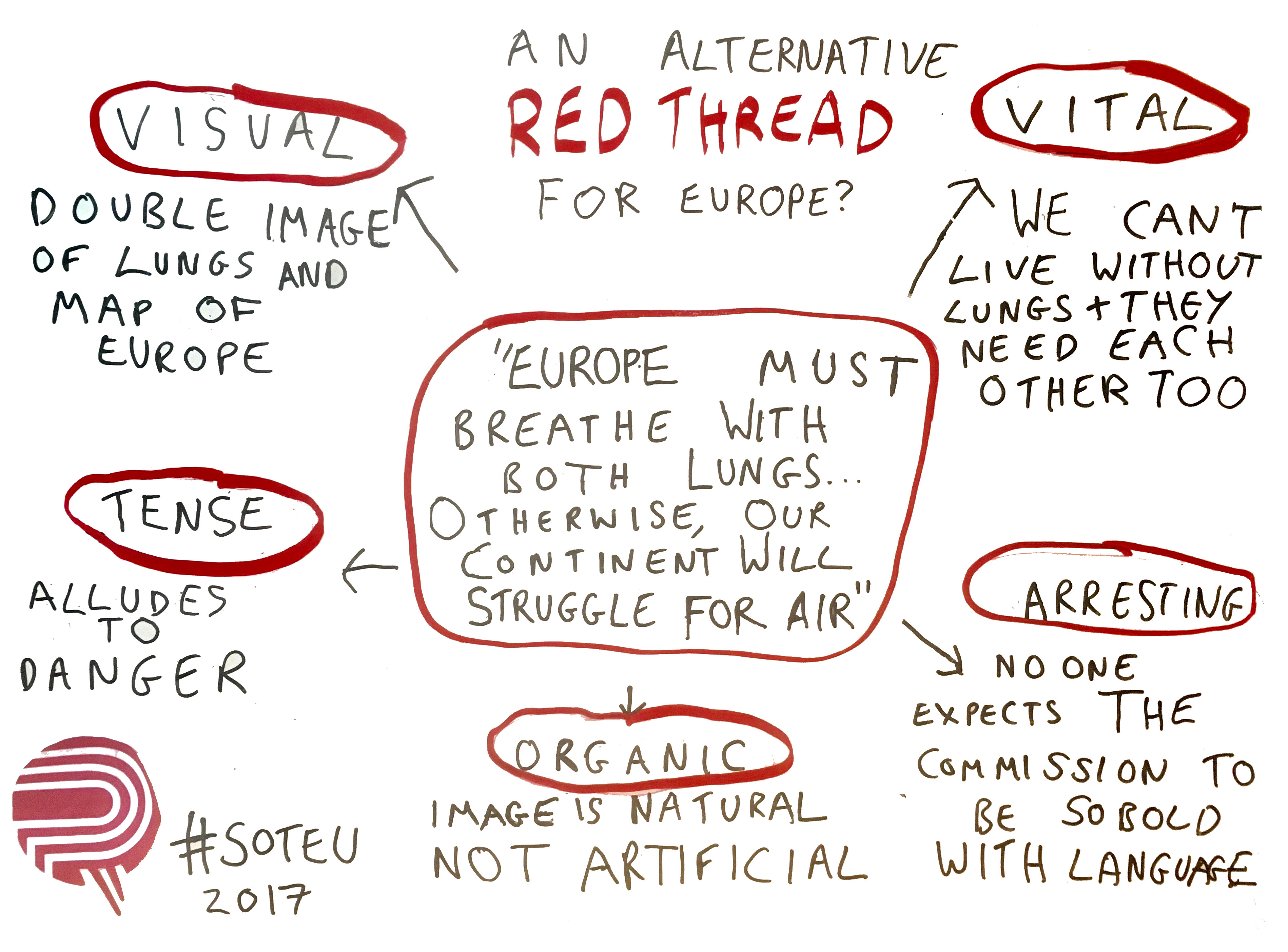 ‘East to West: Europe must breathe with both lungs. Otherwise our continent will struggle for air.’

For me this was by far the best image from  European Commission President Jean-Claude Juncker’s State of the European Union address on 13th September.

In fact, it was so arresting that it made me sit bolt upright in my chair at the hairdresser’s where I was dutifully/tragically watching the speech.

It’s pretty rare for me to be blown away by public speaking in Brussels so I was curious to understand how this image had managed to give my solar plexus such a surprising jolt.

Below I’ve tried to unpick the metaphor’s power and why I wish Team Juncker had used it for the speech’s overall red thread for Europe instead of the ‘sailing with the wind one’, which I think has quite a lot of vulnerabilities to say the least….

The great thing about potent imagery is that it is rarely boring. One of my friends/clients recoiled when she heard the lungs metaphor (she said it made her think of smoking). But at least it provoked a reaction which so much bland, overly cautious speechmaking in this town rarely does.

The bottom line for communicators is that it’s always worth putting some work into your imagery – when it’s right it can have a strong physical impact on your audience.

And this means they’ll remember your message…which after all is a key goal of communication.