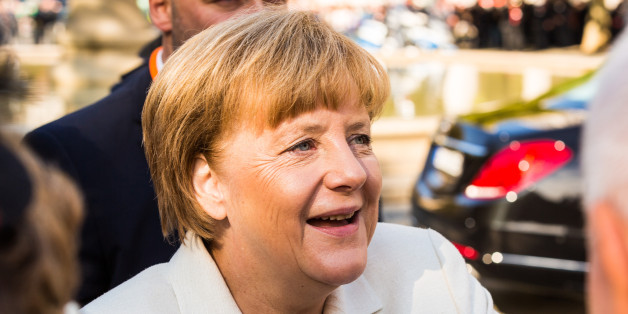 When I was still a journalist back in the mists of the Greek debt crisis I remember watching Angela Merkel as she left one of the many emergency eurozone summits that had (as usual) dragged on until 5am.

At the time, I was struck by how composed the German Chancellor seemed, particularly in relation to the other leaders who were there. The talks had clearly been torturous and huge physical reserves of energy and focus had been needed to agree whatever compromise package of support was finally coughed up in the small hours of that morning.

Nicolas Sarkozy, who was then still President of France, limped out first, looking as though he’d just burned through 10,000 calories from a ten-round fight with the bear from The Revenant. Sarkozy was a famously intense and high energy presence, which often made for compelling delivery but probably meant he was more focused on what FT journalist Gillian Tett once described (in relation to herself) as ‘emitting’ rather than ‘absorbing’.

And communicators who emit more than they absorb not only end up physically punched out but often end up misreading their audience as well.

Merkel appeared around five minutes later and the contrast couldn’t have been more striking. Flanked by a phalanx of giant Teutonic bodyguards she more than compensated for her diminutive stature with a spring in her step, a glint in her eye and an upright posture that belied the fact she hadn’t slept for the past 30 hours.

Clichés abound in relation to Merkel’s communication style: she doesn’t have one, she eschews flashy phrases in favour of endless sub-clauses, she dithers (the Germans have even coined a phrase for this quality – ‘Merkeln’ – which basically means ‘to do a Merkel’.)

All of this is true and there is no denying that Merkel doesn’t exactly light up the world with her rhetoric. In fact, some of my native German speaking TV colleagues used to joke that even they didn’t understand what she was saying, which is the only reason why she always got longer soundbites than everyone else. (That, and the fact that the verb goes at the end of the sentence in German).

In short, Merkel breaks all the rules of Type A, Anglo-Saxon communication which is probably why so many Brits are baffled and find her dull.

But Merkel is also a study in energy conservation, listening and absorption. She doesn’t burn herself out, uses her words sparingly and appears comfortable in her own skin, which is not something that could ever be said about Theresa May.

These are all hugely valuable assets, not just in terms of management of the self but also the demand side of being a good communicator – the physical embodiment of appearing focused on and comfortable with what others are saying.

In his 2016 book The Power Paradox, Berkeley psychologist Dacher Keltner describes how enduring power comes from a continued focus on other people. Cynics might argue that paralysed decision-making is the flipside of being so in touch with the mood and fine tuning of others. But as she heads into what is almost certain to be her fourth term as German Chancellor, Merkel’s approach seems to be suiting her and the majority of Germans just fine.

Our politicians in the UK can only look on in bafflement.