How empathetic is your CEO on TV and why does it matter? 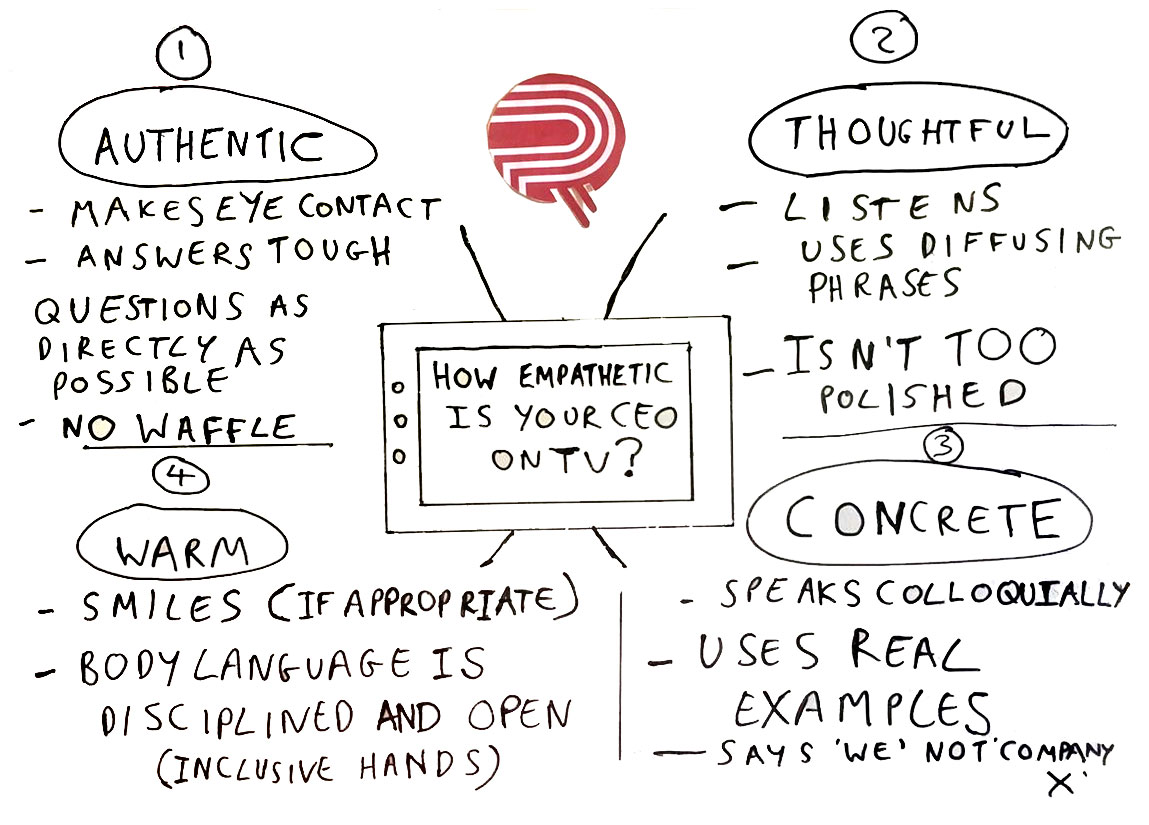 How important is it for a CEO to be empathetic during broadcast interviews and speeches?

Very, I’d say. Just ask Theresa May or the former CEO of Volkswagen if you don’t believe me.
In its truest sense, empathy is the ‘ability to understand and share the feelings of another.’ And in our current age of anger, ‘authentic’ politicians with a perceived ability to emote on camera and in line with the public ‘mood’ are all the rage (no pun intended).
However, empathetic communication is not really that new. Bill Clinton and Tony Blair were masters at it but they’re relics of a bygone era and their subsequent behaviours did quite a lot to instil a view among the public that they were a pair of fakes.
There is also some fascinating research that suggests clever psychopaths can switch empathy on at will in order to manipulate people into doing what they want.
So being empathetic is not to be confused with actually being nice. And there is also huge debate among political scientists about whether empathetic decision making in politics is actually useful to society as a whole.
However, in business life, a CEO’s ability to publicly empathise is often the gateway to humanising his or her company’s reputation. So, it is often closely linked to being liked and, perhaps more importantly, trusted.
Getting this quality across in a TV interview without appearing contrived can be tricky if you’ve only got three minutes.
Below are the qualities and traits I use to empathy score my clients. It’s by no means exhaustive but strikes a balance between the need for being likeable, sincere and human with credible and disciplined.