How to communicate the impact of grants and ‘projects’ 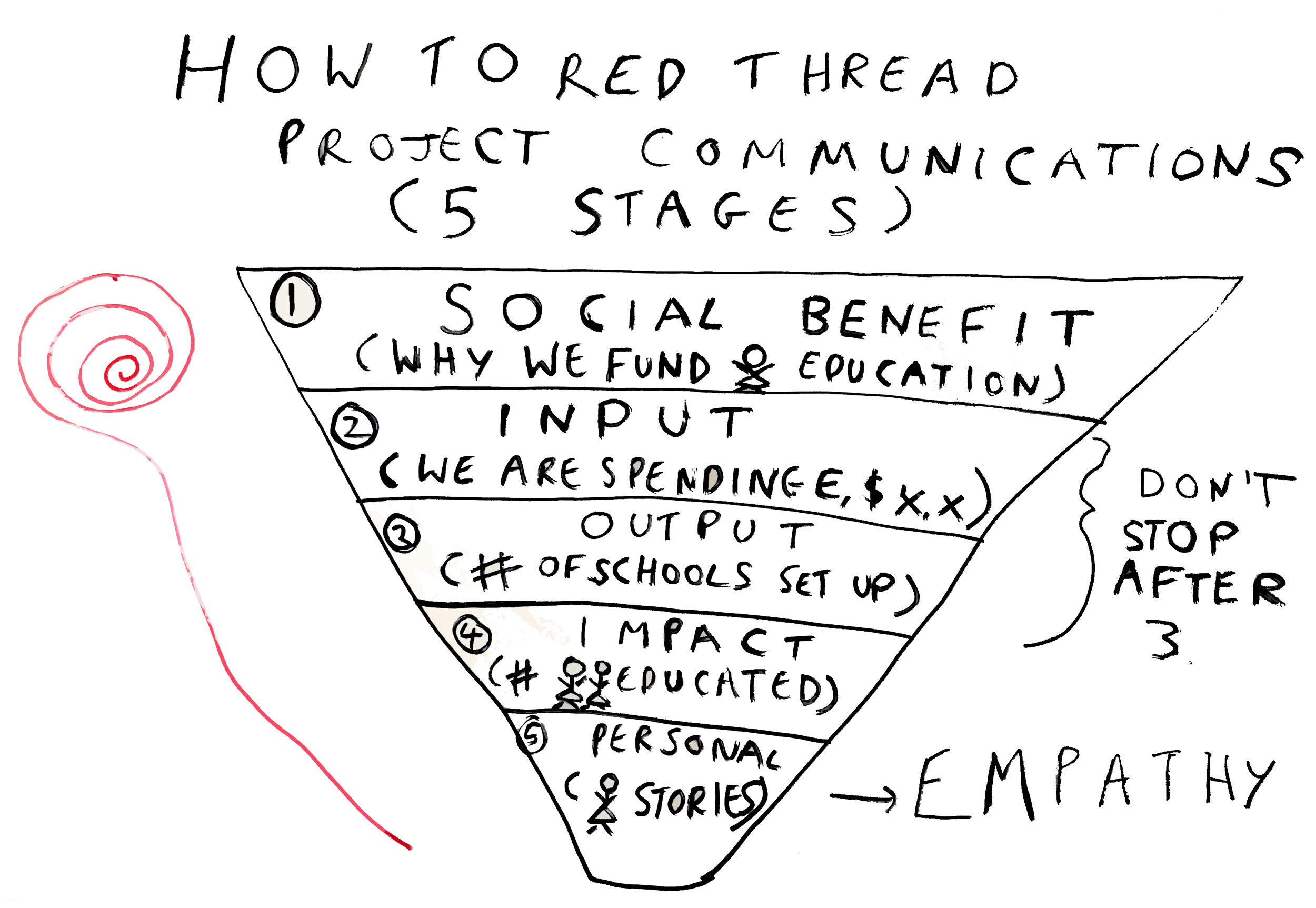 How to communicate the impact of grants and ‘projects’

I regularly work with organisations (bits of the European Commission, NGOs and private philanthropy foundations) that give grants to fund social projects (tackling domestic violence, fighting populism, Roma rights etc) across Europe and beyond.

But they and their teams on the ground often struggle to communicate their purpose, impact and wider social value to their donors and the public.

In my view, there are several reasons for this, including the fact that grant-making bodies often didn’t prioritise public communication when initiating these activities, many of which were set up after the break-up of the Soviet Union. This meant that implementing staff often (understandably) didn’t have a communication mindset and there was also a strong reporting emphasis on money and technical expertise and accountancy as opposed to explaining results (schools created) and impact (number of pupils educated).

This emphasis has now shifted, partly because there’s less money to go around and partly because the political climate in Europe and beyond has changed and there are big questions about the role and value of these projects (and their funders) in the countries they work in. As a result, there is now an expectation of projects and local offices to report the impact and wider benefit of what they do. It’s also crucial for social legitimacy.

Above, I’ve sketched out 5 stages that I think are essential for communicating a project well. I think stages 1 + 4 + 5 are the most imortant but often the projects themselves stop collecting results at Stage 3 because the money and the ‘outputs’ are the easiest bits to get hold of and explain. Plus, those implementing or overseeing the projects are often a bit squeamish about claiming credit when there are other players doing similar work on the scene.

Blunt though this tool may be, these stages can be turned into questions that can (and I think should) be asked at the beginning of a project to weave communications into the reporting cycle from the word go.

I’ve used girls’ education as my example but this framework could be applied to pretty much any topic. It could also be scaled across multiple local projects with project themes being pooled and built into a ‘red thread’ or narrative/theme for the donor/implementing partners’ activity in that country or sector.

(And no, it’s not a run over snail to the left of the photo. It’s a red thread. There’s a reason why Damien Hirst does what he does and I do what I do.)