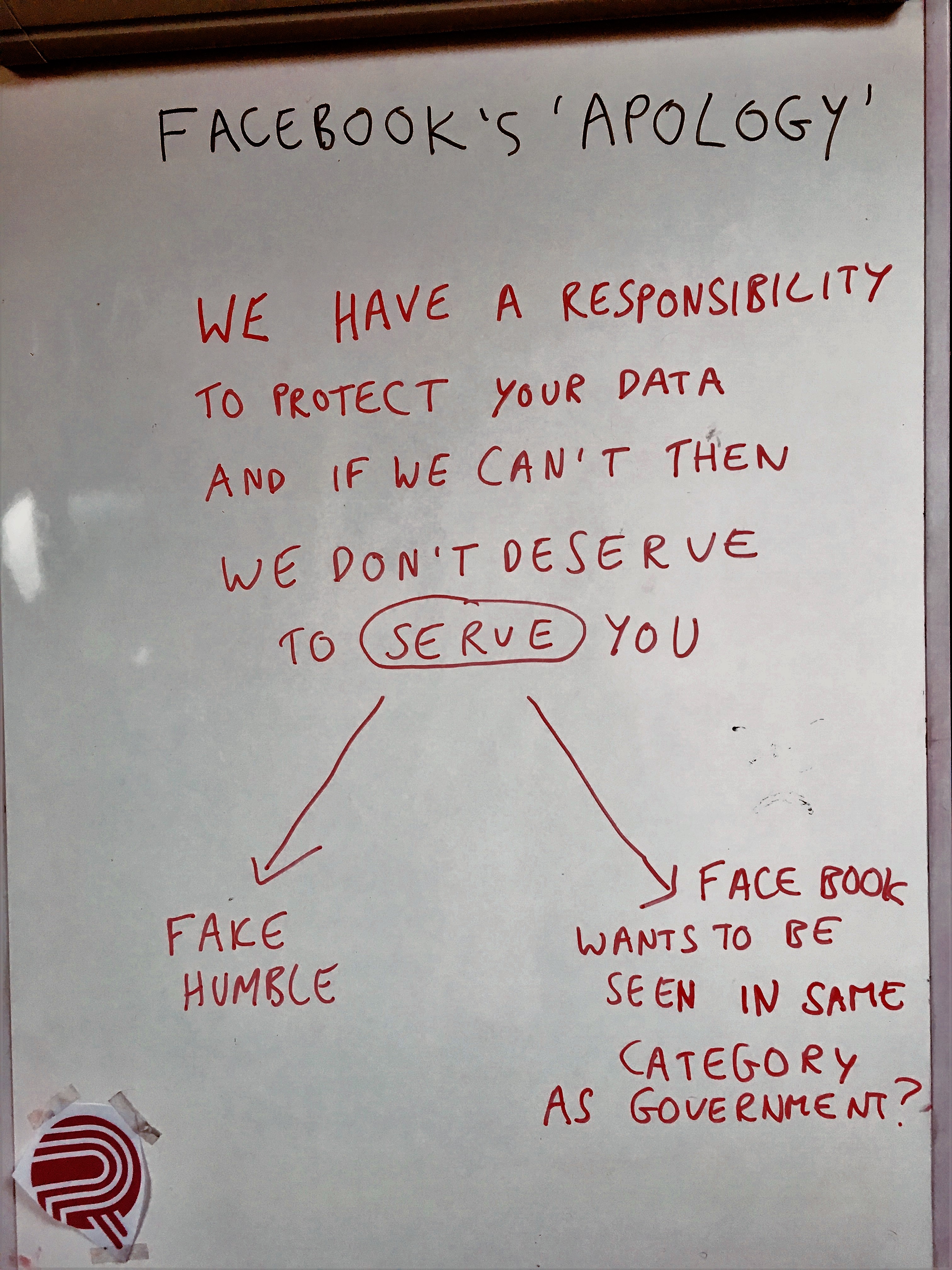 Mark Zuckerberg and Sheryl Sandberg have finally made public statements and done a round of media interviews in which they address (if not exactly apologise for) the scandal which saw the misuse of 50 mn Facebook users’ data.

PR and crisis experts are already scrutinising the messaging and timing with a fine tooth comb, so I’m going to focus on just one sentence – or rather one word – of their statements.

‘We have a responsibility to protect your data and if we can’t then we don’t deserve to serve you’.

It’s the word ‘serve’ that really stands out for me for because it speaks volumes about how Facebook sees – and wants us to see- its relationship with both its users and wider society (if not the world) as a whole.

In the first instance, it’s fake humble i.e. Mr Zuckerberg clearly wants to give the impression that the power in the relationship is all in the hands of Facebook’s users, not the multi-billion dollar company with the complicated privacy settings that make it hard for people to understand what they’ve signed up to.

Secondly, in the US,  ‘to serve’ often carries a government or civic meaning e.g. ‘I serve as the Congressman for the eighteenth district in Minneapolis’.  So, the usage of ‘serve’ here tells us how Mr Zuckerberg desperately wants users to see Facebook – as an essentially benign entity that is here to be a force for the wider social good.

This is no surprise because Facebook has long argued that its purpose is to connect the world through information and the sharing of ideas.

But in its worst crisis to date, I think it would be more judicious to tone down the missionary language which seems jarring, not entirely sincere and glosses over the fact that Facebook is  a business that ultimately needs to make money.

Being honest and upfront about this commercial imperative would be more  honest and would almost certainly sit better with critics, regulators and investors as a first step to winning back trust.