The most effective lobbyists use 'Nudge Messaging' 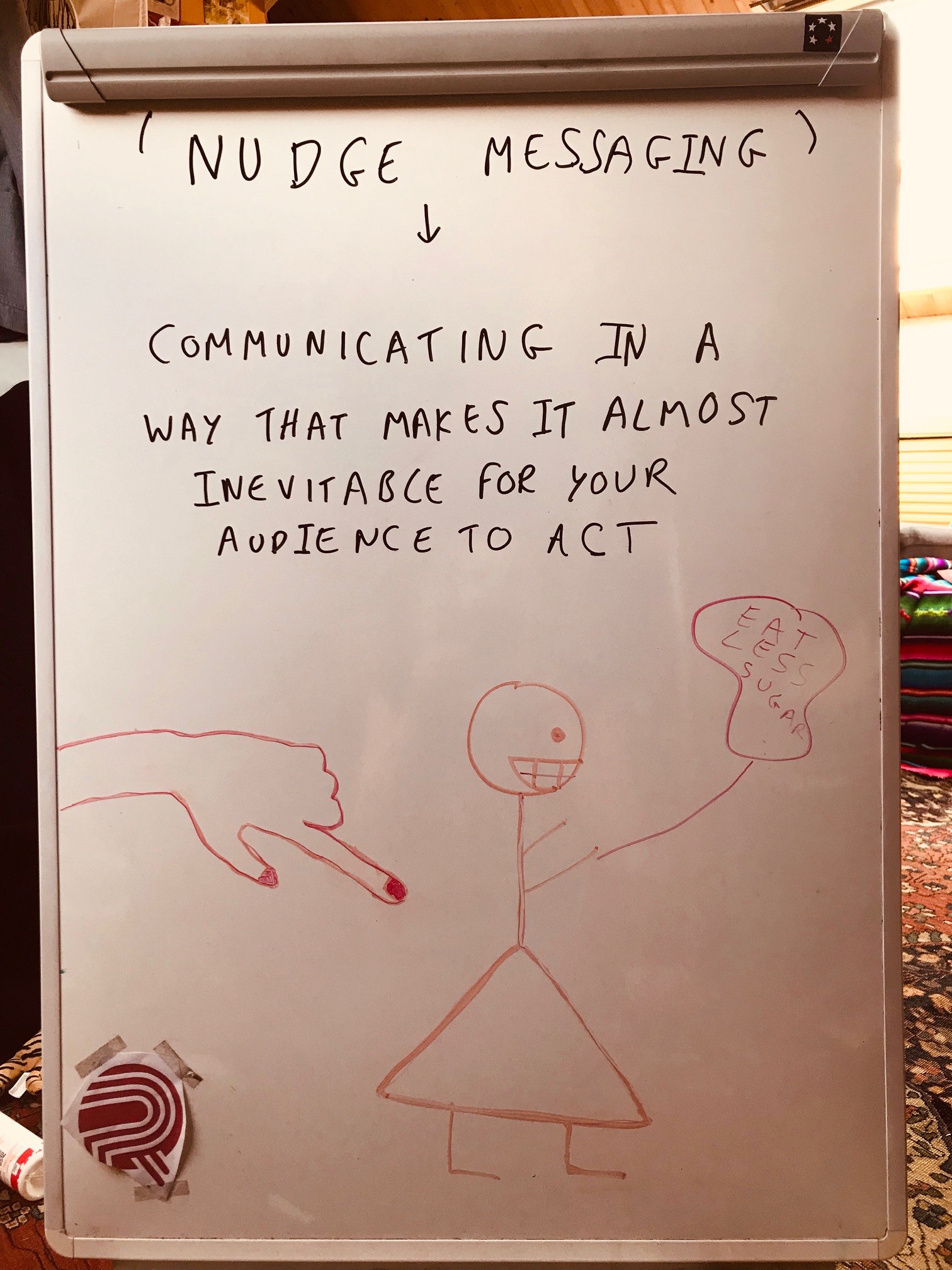 I recently coached one of the most effective lobbyists I’ve ever encountered. Or at least, I presume he’s effective, given the sophistication of his approach to messaging.

He wasn’t flashy, he didn’t throw big words or complex ideas around and, crucially, he didn’t ask his intended audience (in this case the finance minister of an EU country) to accompany him on his company’s “transformational journey”.

Instead, he made the entire pitch about his audience and their specific needs.

The messaging demonstrated a deep understanding of the constraints – of money, time and political reality – that all politicians operate under, and the need to suggest a policy that was specific, low cost and easy to implement.

Crucially, the lobbyist framed it as fixing a problem for government and creating a political win. His company wasn’t asking for much, so the pitch was more about buying some goodwill and trust from the government which could be banked until a later date.

All of this was supported by a low key, engaged delivery style and modest but inclusive hand gestures.

It’s the kind of pitch that I call ‘nudge messaging’: presenting an issue in a way that makes it almost inevitable that your audience will act. As Richard Thaler, the Nobel prizewinning behavioural economist behind nudge theory said at a recent FT lunch interview “If you want people to do something, make it easy”.

But crucially you also have to be genuine about what you’re doing. It takes empathy and a clear desire for both sides to benefit if this approach to messaging is to succeed. Never underestimate the ability of others to spot insincerity and attempts at manipulation.

Like many traits, it’s possible to become more empathetic – and well worth the effort in any transaction. An ability to see the world from the perspective of others and to respond accordingly is perhaps the single most valuable asset in the art of persuasion.