How media trainers score interviews: a case study on how to talk about Yemen. 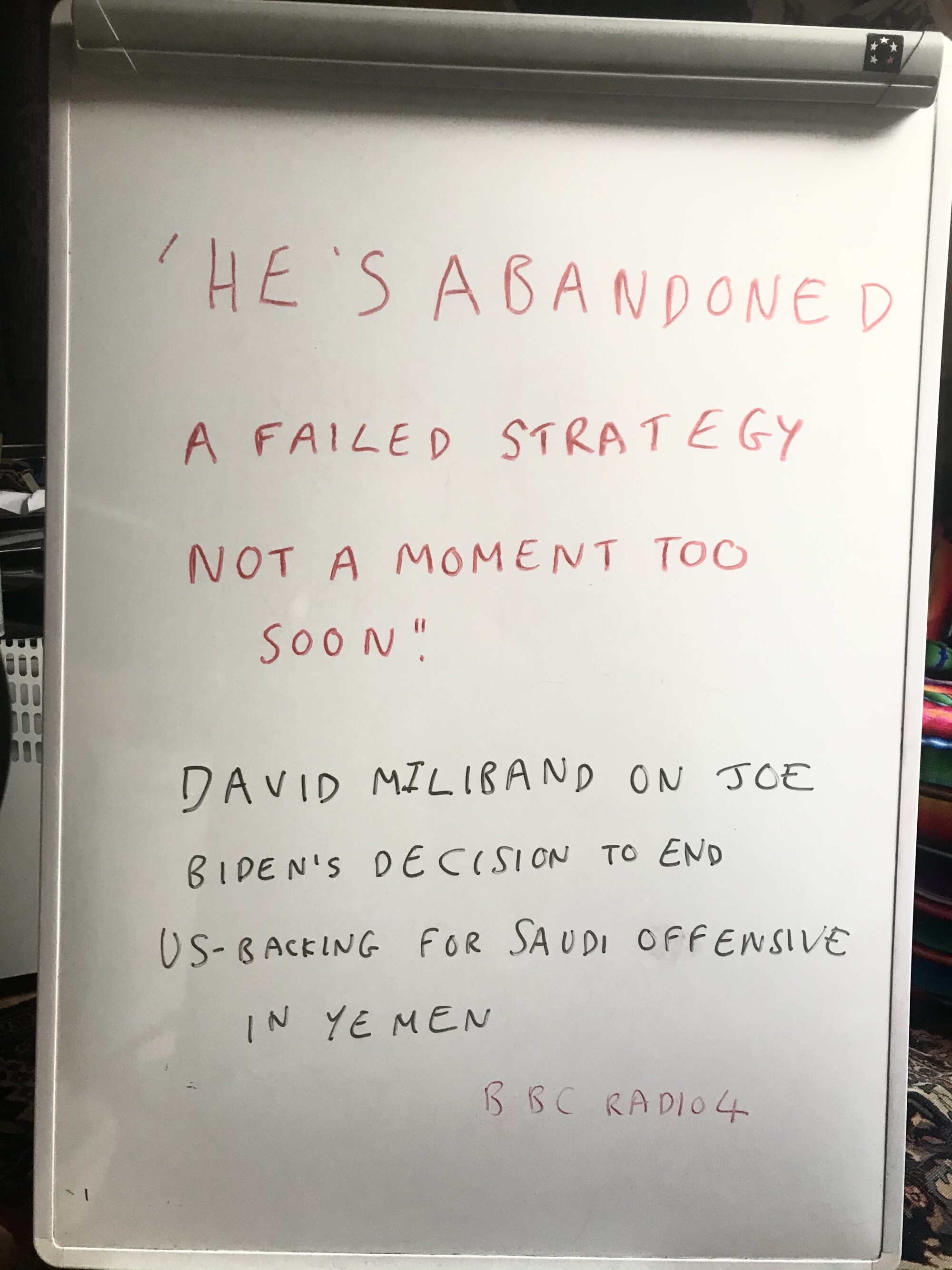 What criteria do media trainers judge interviews by?

If you’re interested in humanitarian issues and foreign policy have a listen to IRC CEO, David Miliband’s BBC Radio 4 interview about the Biden administration’s announcement that it is withdrawing US support for the Saudi led offensive in Yemen.

From my perspective, it was a four-minute lesson in message discipline and clarity.

1.      It contained clear messages that were full of quotable phrases:

–         ‘There’s an important role for Britain to play’ (Miliband is a former UK Foreign Secretary).

2.      He demonstrated authority through selective use of  meaningful numbers (although I would probably have used                     fractions rather than percentages):

– I counted one example when he talked about ‘rogue non-state actors such as ISIS’.

My only quibble? I would have liked a good concrete example that painted more of a picture of what life is actually like on the ground for people in Yemen.

But the numbers went some way to addressing this and this was a hybrid diplomatic/humanitarian interview so it’s not surprising the focus was split and the overall tone and illustration prioritised being forensic and structured.