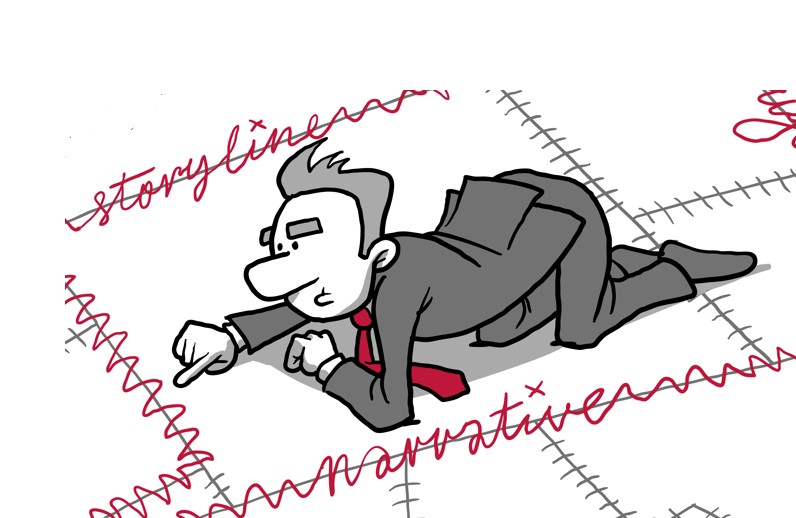 ‘We need to reset the narrative’.

If you work in communications or public affairs, you will almost certainly have heard someone use this phrase at some point in your career.

Probably without explaining what this means, let alone how they plan to do it.

To oversimplify, users of this phrase often mean that they want to supplant the dominant idea (narrative) around a particular topic, industry or issue.  It is almost always one they don’t like, think is untrue, or simply unfavourable to their organisation or cause. They may well feel that the truth (whatever that may be) has been hijacked by bad narratives and want to give their cause or organisation a fair hearing.  There can be more than one narrative around an issue, a phenomenon that the economist Robert Shiller refers to as ‘clusters’.

People who work on contentious topics such as immigration, energy generation or healthcare will tell you that shifting perceptions by offering an alternative narrative is a long haul process. This is because existing ones can be deep rooted, highly persuasive and pervasive.  And that dislodging them from their privileged position can’t be done exclusively (if at all) with pure facts.

I would even go so far as to venture that it’s not helpful to talk about ‘resetting’ because it’s asking for failure, particularly as social media, misinformation and disinformation make it far harder for any single organisation or actor to control the public debate. ‘Re-balancing’, or even ‘Balancing’ might be a more modest and realistic goal, at least at first.

Watching Get Back, Peter Jackson’s eight-hour documentary about one of The Beatles’ final (and infamous) recording sessions provided some new ideas about how to go about it.

What was going on in Get Back?

For the past 50 years the dominant narrative was that The Beatles hated each other by the time they broke up, that the Let it Be recording sessions were tense and acrimonious and that the whole exercise was so angst ridden that they delayed editing and putting the album out until after they had split up.

Central to this narrative of disharmony was the 1970 Let It Be ’film, director Michael Lindsay Hogg’s 80-minute documentary that he put together from a highly selective edit of more than 60 hours of raw footage. It came out after The Beatles had split up and zoned in on all their flashpoints and sources of tension over the three-week recording period in early January 1969.

Get Back is based on the same footage that was shot over the three-week when The Beatles wrote and recorded the songs that eventually became their final Let it Be album.  The pressure they had put themselves under was immense: their target was to write and record 14 songs in three weeks. There were plans for a filmed audience show, their first for three years, so they were rusty as a live group. They had a hard deadline because Ringo Starr was due to start work on a film.

The film doesn’t shy away from these issues and tensions. But it still manages to challenge the received wisdom about The Fab Four’s final months as a group.

So how did Peter Jackson do it – and what are the lesson for communicators?

Clearly, an eight-hour documentary can include more information than an 80 minute one.  But it’s not just about replacing darker scenes with lighter moments. In fact, Peter Jackson kept a lot of the moments of tension from Let it Be and even included the scene in which George Harrison temporarily quit the band.

The key difference is that he included more context and balanced the dark moments with more of the joyful and humorous ones. This creates a very different feel and tone to Let it Be, which used its limited time to focus in on the moments of tension.

As Ringo Starr told The New Yorker: ‘We were laughing and angry’.

The crucial point for communicators is that a narrative will be more stable and credible if it absorbs and includes the challenging information into a broader story. This is where a lot of organisations fail because they try to gaslight their audience by omitting all references to difficult issues or behaviours and simply focus on the positives.

For example, if you are a renewable energy company you will struggle to establish a stable narrative if you don’t include some of the challenges that come with building windfarms and getting solar panels onto people’s roofs.

One of the first jobs for Peter Jackson’s team was to clean up and restore the original audio and footage through artificial intelligence and other only recently available editing technologies.

The result is images that are brighter, larger and way more modern than the grainy footage and audio from Let it Be.  The viewer feels closer to The Beatles and the mood is more cheerful than many of us expected. This is an important consideration for organisations on tight budgets that are tempted to use old footage or photos or simply rely on stock shots that add nothing. The mood and tone of your narrative will be infused by the words and images you choose to illustrate it with.

3. It offers an alternative ending

Get Back ends with the group buzzing on a high after their rooftop concert and recording a few more songs in the studio while joking around. Of course, in the case of The Beatles, the group did break up only a few months after the footage was shot, so we know it doesn’t end well.

Yet this is the most remarkable thing about Jackson’s documentary. It is so effective in changing the old, flawed narrative that it makes an alternative ending seem possible even though we know what actually happened.

Fortunately, most organisations trying to reset a narrative don’t face this challenge; the future is as yet unknown. For them, Jackson’s documentary shows how it’s possible to create a credible vision of the future that can gain traction over time. Even when faced with a decades-old narrative, Get Back shows you don’t have to just let it be.