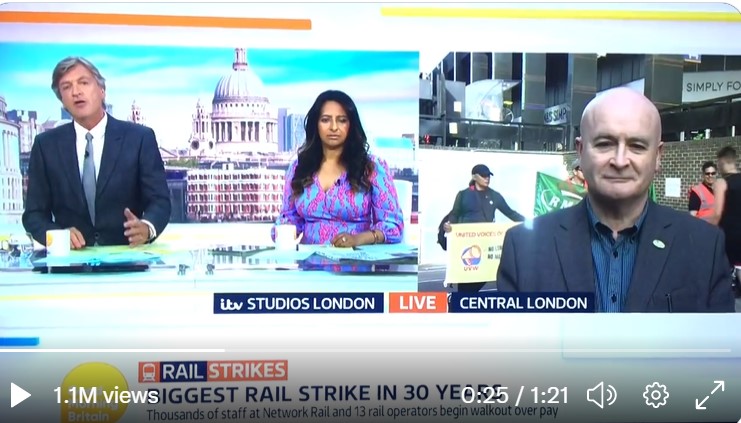 Much of Britain seems to have  fallen in love with Mick Lynch, the gruff but articulate RMT leader whose 40,000 rail worker members are staging a series of three 24-hour walkouts over proposed reforms to their working conditions and jobs.

The first strike has caused huge disruption to the national rail system at a time when, amongst other things, children have school exams and many people need the transport system to get to work.  Getting public opinion on side during a strike is never easy, which is why it is so important to have good media spokespeople on your team.

And it is safe to say that Mr Lynch has turned out to be a dazzling media performer. In a series of interviews he attacked absurd questions from journalists, tore into Conservative MPs and ministers (including one in which he used the term liar 16 times), all while staying focused on his message and keeping his cool.

In many ways this punchy approach is a breath of fresh air. But it is also a stark reminder of just how bad political communication has become that we all get so excited about someone who calls a spade a spade and calls bullsh*t on ridiculous questions.

Yet, at some levels, Mr Lynch is just a really good, well-prepped spokesperson doing some fairly standard things.

What he does that all-good spokespeople do:

And here’s what he does that is different:

In Mr Lynch’s case, it would seem that saying less is definitely more.